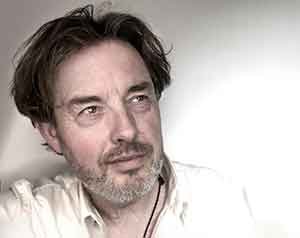 Olafsson grew up in Faskrudsfjordur, a small fishing village, in the East Coast of Iceland. He was a keen artist and naturalist from his early days. Olafsson painted Icelandic wildlife and wilderness in a representational style until his teens when he began to interpret nature using a variety of contemporary styles including ostimpressionism and abstract expressionism. Olafsson is a twin and has two older twin brothers. In the early 80’s, Olafsson rediscover realism and began to develop a style that would make him one of few artists depicting the world of nature in realistic way. In the 80’s and early 90’s, Olafsson’s work began to receive critical acclaim and to attract an enormous following.

Olafsson Studied at the Arts and Crafts school of Iceland in the years 1979 – 1982. Amongst teachers were Bragi Asgeirsson, Magnus Palsson, Arni Pall Johannsson, Hordur Agustsson, Magnus Kjartansson and Sigurdur Sigurdsson. Olafsson has held several exhibitions both at home and abroad.