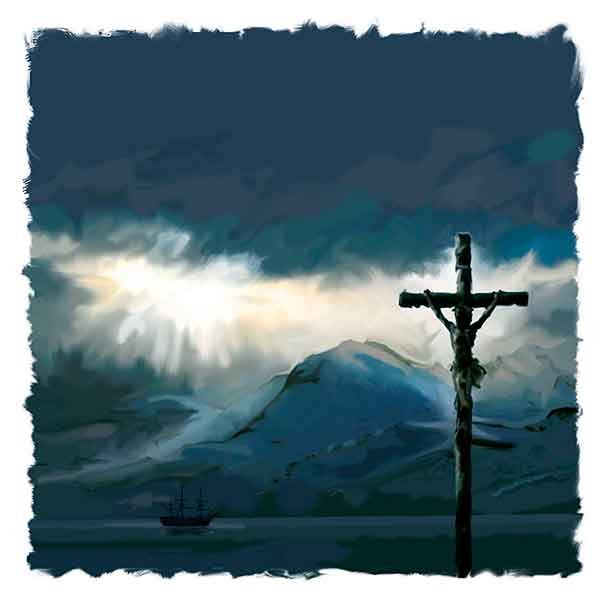 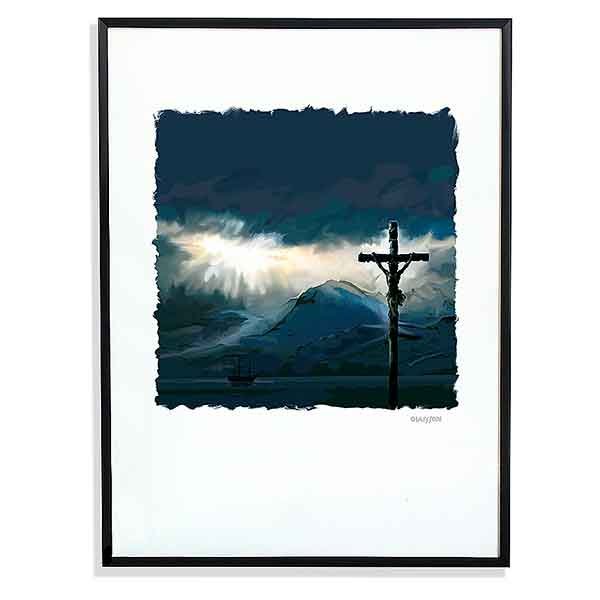 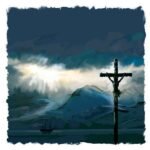 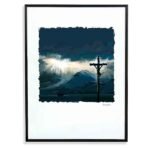 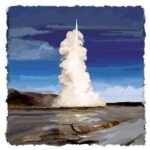 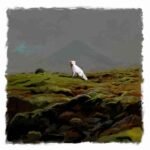 This monument is located in Fáskrúðsfjörður, one of many beautiful fjords on the east coast of Iceland. The image is of “Crosses”, a monument erected in memory of 49 French and Belgian sailors who perished on the sea in the east in the nineteenth century. In the background, we see one of my favorite mountains, Sandfell, a 743-meter high Rhyolite rock. It is a classic “rock star” that is believed to be 600 meters thick and one of the best examples of the Tertiary period found in the northern hemisphere.

This picture is a reproduction of the same painting by Olafsson. The image is printed on high quality, acid-free 310 gsm2 paper in the best available quality.
The picture is signed by the artist and delivered in a packaging tube. Open edition.
It is a popular gift, for wedding, birthday, housewarming or just to keep for yourself. The artist Olafsson is known for his nature and landscape images from Iceland.
Among his works are paintings of the country’s magnificent natural pearls such as Geysir and Gullfoss, along with numerous pictures of the animals that live wild in the country.

About the artist
Olafsson was born in Reykjavik in January 1961. Only one year old he moved to the east coast to Fáskrúðsfjörður with his parents and 5 siblings. There he grew up amid a powerful nature embraced by mountains, deep valleys and abundant wildlife. Olafsson studied at the Icelandic School of Art and Crafts in Reykjavik from 1977 to 1981. Now the school is called the Iceland Academy of the Arts. From there he graduated from the Department of Painting. Olafsson has held several exhibitions both at home and abroad. These include the Kjarvalsstadir 1981 exhibition. The solo exhibition in the Deep, the Hornið, 1982, in Fáskrúðsfjörður, 1984, 2007 and 2015. The Exhibition in the Sláturhus in Egilstadir, 2007. Private exhibition in Ottawa, Canada, Constitution Square, 2007. The exhibition in Borgarnes, CAOS, The Milk House Art Center 2012, co-curated with RAT # 1, 2019 and RAT # 2, 2020 in Brietartun 11.