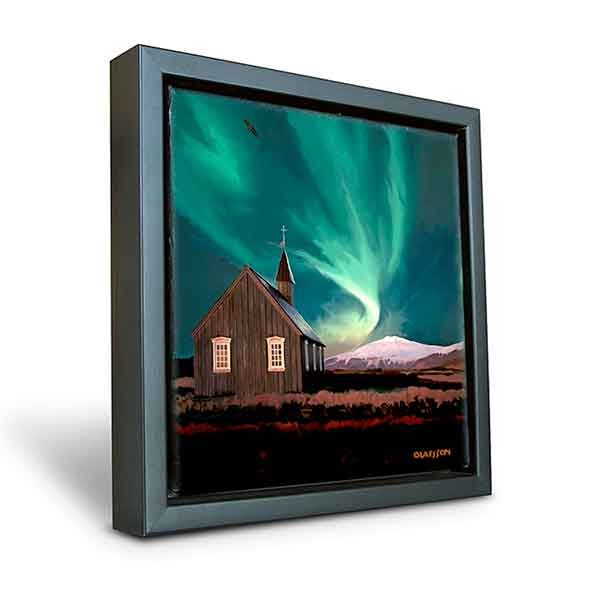 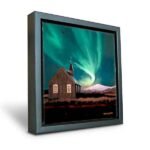 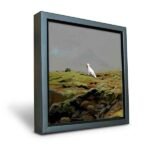 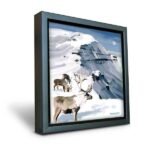 One of the most remarkable things you can see on dark winter nights is the northern lights, Aurora Borealis. In this picture, I try to paint it and show at the same time Snæfellsjökull and Búðakirkja in Snaefellsnes peninsula, but both places are very heartfelt to me. It is difficult to describe in painting the wonders that the Northern Lights offers, but I had to try. It is best to go and look at them with your own eyes if an opportunity arises. My picture is an attempt to capture one of the most spectacular wonders of nature that I have witnessed.